The term ‘distributed ledger’ is widely used in conversations around cryptocurrency and Blockchain. If you’re wondering what a distributed ledger is and how it differs from a regular, centralised ledger, then this article is just what you’re looking for.
Before starting though, let’s make sure we all know what a ledger is.

What exactly is a (centralised) ledger?

Simply put, a centralised or general ledger is a record-keeping mechanism for financial transactions within a particular organization, community, or ecosystem. Wherever financial values come into play and transactions or value-exchanges occur, a ledger is required.

In modern accounting terms, a general ledger is what contains all the transactions relating to a company’s assets, liabilities, equity, costs, and overall revenue. Traditionally, this was a large book, in which each account in the general ledger consisted of one or more pages.

In more recent times, ledgers became accounting systems managed by computer programs. Today, the process of maintaining a ledger and keeping a record of financial processes is made significantly faster and more convenient through Excel spreadsheets and algorithms that have proven to be far more reliable than the human brain when it comes to processing large amounts of complex financial data.

This seems simple enough, but why is everyone now talking about ‘distributed’ ledgers, and what is the difference?

What is a distributed ledger?

For the sake of simplicity, a ‘distributed ledger’ can be understood as nothing more than a ledger that is shared.

In other words, it is still a system for managing transactions within a particular network; the difference, however, lies in how the ledger is maintained and managed. A distributed ledger is not managed by a central administrator or via a central point of data storage. Rather, it is overseen by various parties within a network of nodes.

A node is simply a computer that serves as a connection point within the network and is able to receive, store, send, or create data by running the software of the distributed ledger system. Nodes enable devices and users within the network to be connected to one another and facilitate peer-to-peer engagement between different parties.

In a distributed ledger, those with access to the shared database are all able to see a real-time copy of the ledger from their respective computer screens. Therefore, when one party suggests a change to the records, this is shown to all parties within seconds or minutes.

For a suggested change to go through though, different participants will need to validate it, and it will only be approved after consensus is reached. Quite simply, this means that most of them need to agree on a change being made to the records in order for the change to become final.

The transactions settled through a decentralised ledger system can have as object various types of assets: from money to rights, from electronic assets to physical assets. For example, car manufacturers are using decentralised ledgers to track their cars through the automobile supply chain.

Is Blockchain a distributed ledger?

At its core, a blockchain is a distributed ledger or database, used to maintain a growing list of records, called ‘blocks’.

Through the principle of cryptography, users are assigned unique private keys, which are used to “sign” a transaction. Thus, a private key is used as proof that you are an owner within the ledger system, and that you approve of a proposed change or transaction.

Generally, in the case of distributed ledgers, the people who have access to it are those who are supposed to have access to it. In other words, anyone who forms part of the network of transactions and that therefore should be able to see the ledger is able to see it, for example by logging into the ledger with an encrypted password.
In the case of cryptocurrencies and Blockchain, it is normal for a distributed ledger to exist publicly, meaning anybody can find and see every transaction within the ledger database.

Remember though: just because anybody can see all the transactions within a public ledger, that doesn’t mean they can change these transactions or tamper with them in any way.

What are the advantages of a distributed ledger?

If traditional ledger systems have been around for thousands of years, what are the benefits of using distributed ledgers instead? In exploring these advantages, let us stick to the example of a blockchain, since this is probably what you are most interested in.

1. Decentralisation
As you may have guessed by now, the first benefit of distributed ledgers is related to how they allow for an exchange to occur between parties without there needing to be oversight or intervention from a third party. The network protocol (the rules of the network) ensure that transactions will be executed as they were programmed to be, without needing assistance or input from an external party along the way. This virtually eliminates the counterparty risk factor that you would have with an intermediary (i.e. the risk the intermediary becomes insolvent). Furthermore, without needing to pay for third parties to mediate transactions or oversee asset exchanges, users are able to save money.

2. Transparency
A second advantage is that all users and network participants are entirely in control of all their information and transactions. They are able to see all of the relevant data within the network, whilst the data itself is consistent, complete, and timely.

3. Safety
Thirdly, because the network is spread between nodes across different places and devices, a blockchain-based distributed ledger has no central point of failure. Not only does this reduce the risk of system crashes and malfunctions, but it also means that the network is better able to withstand malicious attacks or attempted hacks. This is because you would need to have control over at least 51% of the entire network to singularly change the consensus on one transaction.

4. Smoothness
Fourth, because distributed ledgers are able to manage live data between different places and contexts, they reduce the complications and various forms of clutter that come with managing multiple (centralised) ledgers.

What does this mean for the future of finance?

At BUX Crypto, this is a question that we ask ourselves on an almost daily basis.
Although no one can say for certain what the role of distributed ledgers will be in defining the future of finance, it is certain that the potential of this technology is vast.

Not only are blockchain ledgers a giant leap forward in the direction of transparency, but they are also pivotal in improving overall efficiency. In the banking sector, for example, interbank transactions can take days due to the slow processes of ‘clearing’ and ‘final settlement’. With Blockchain technology, which processes transactions regardless of whether it is 11 PM on a Friday evening or 8 AM on a Sunday morning, transaction times can be reduced to seconds or minutes.

What are we doing for the future of finance

We are on a mission to bridge the gap that still exists between this technology and the traditional financial sector. With an emphasis on (digital) cryptocurrencies, we provide a platform for anybody to engage with and partake in the new, digital crypto-economy, which we believe is still in its infancy.

Find out more about BUX Crypto here, or become a user today. 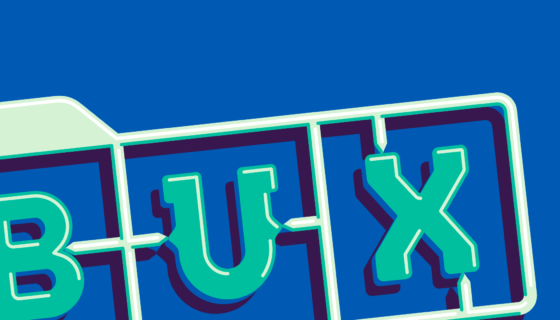 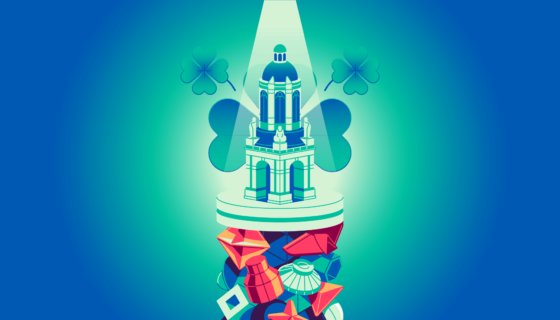 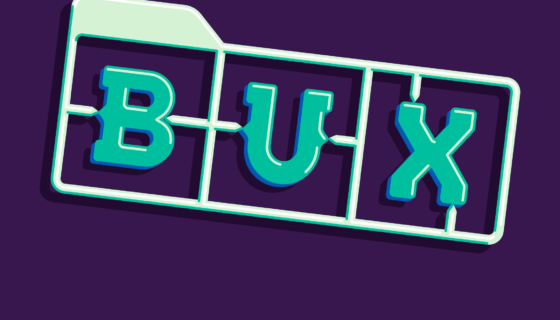