Time to catch up on the state of affairs in the crypto world! This month, crypto investors are eagerly awaiting decisions from the Federal Reserve. Meanwhile, a startup called Strike is using the Bitcoin network as a cheap alternative to traditional payment services, Twitter goes after Stripe, and Ethereum developers prepare to roll out Ethereum 2.0.

In the BUX Crypto Catch-up, we look back at all the events of April and see what’s to come in May.

We all know the traditional stock markets follow the Federal Reserve. And, last Friday, the stock market opened lower after Fed Chair Jerome Powell prepared investors for bigger rate hikes ahead. “I would say 50 basis points will be on the table for the May meeting,” Powell said during an IMF debate on Thursday.
At the moment, Bitcoin is strongly correlated to the stock market, so the crypto world is also watching the actions of the Federal Reserve. The interest rate hike will affect the stock market, and therefore the crypto markets. Bitcoin has been hovering around $40,000 in recent weeks. However, some bitcoin experts, such as Plan B, still think that Bitcoin will reach a value of $100,000 at some point in the future.

Strike teams up with US payment providers

Strike, a digital payment platform built on Bitcoin’s Lightning Network, will partner with e-commerce company Shopify, among others. US Shopify merchants can receive payments via the Bitcoin network and instantly receive the money in US dollars. Strike CEO Jack Mallers made the announcement during the Bitcoin 2022 conference in Miami.

“If we can make the Bitcoin network more accessible and usable, we believe we can change the world,” Mallers said. Strike’s CEO believes that using Bitcoin as a low-cost payment network is crucial as an alternative to expensive payment services offered by banks.

Twitter will use payment giant Stripe to facilitate payments in USDC – a crypto stablecoin whose value is pegged to the price of a dollar. The two companies will trial a crypto payment system for users of Twitter’s Ticketed Spaces and Super Follows programs.

Payments will take place on the Polygon network, which is linked to the Ethereum blockchain. Stripe announced that it will expand its payment options with more cryptocurrencies in the future.

Will Ether Over Bitcoin With Ethereum 2.0?

After years of anticipation, Ethereum 2.0 is finally getting close, according to a tweet from Marius van der Wijden, one of the developers working on the new version of Ethereum. The new upgrade could even come a little earlier than its planned launch date of late June 2022.

Ethereum 2.0 will operate on a lighter, cheaper and greener Proof-of-Stake (PoS) protocol than the current energy-intensive Proof-of-Work (PoW). According to calculations, the new upgrade will save 99% in energy efficiency. It will also drastically lower Ethereum’s fees, which are still considered too high by many.

According to some experts, including noted investor Mark Cuban, the price of ether could skyrocket to as high as $10,000 by the end of 2022. There are even some analysts who think Ethereum will surpass Bitcoin in market cap.

That’s all for this month! We’ll be back next month with another edition of the BUX Crypto Catchup. Until then, have a great time on the markets.

Trading in digital currencies involves risks. You can lose your investment 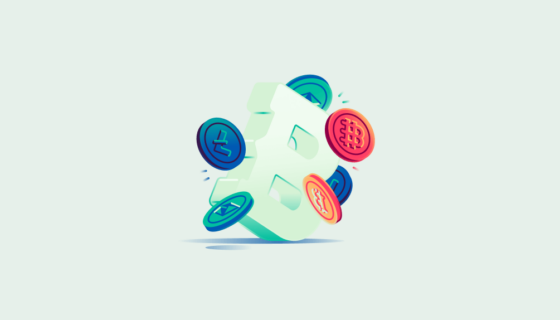