You’ve heard of Bitcoin, but what about UniSwap, YFI, and Maker?

Here at BUX Zero, you can now add more than 30 cryptocurrencies to your portfolio of stocks and ETFs. In this article, we’ll explain a selection of them as simply as possible. The list is broken into three parts to help make sense of it.

Let’s start with Bitcoin and the other early cryptocurrencies.

Bitcoin is the first and largest cryptocurrency. It was launched in 2009 by Satoshi Nakamoto – a mysterious person or group of people. In simple terms, Bitcoin is a digital currency that exists without a central authority like a bank acting as a middleman. Anyone in the world can participate, and no single group or government can control it.

One of Bitcoin’s defining features is that it has a fixed supply. There will only ever be 21 million BTC, so it can’t be altered or inflated like traditional currencies.

For this reason, Bitcoin is often used as a store of value or ‘digital gold’. People hold (or ‘hodl’) it over the long-term, expecting it to retain its purchasing power.

Ethereum is a crypto platform envisioned by Vitalik Buterin in 2014. As a blockchain, it’s more versatile than Bitcoin, which means developers can easily build new things on top.

It quickly became the building blocks for almost everything else in the crypto world. For example, Ethereum is used to create and launch most other cryptocurrencies.

Ether – the cryptocurrency – is used to pay fees whenever you use the Ethereum network. Unlike Bitcoin, Ether has no fixed supply and there are currently around 117.5 million in circulation.

If Bitcoin is digital gold, Litecoin is often considered ‘digital silver.’ Litecoin is technically similar to Bitcoin, but with a few tweaks to make transactions faster. Recently, Litecoin has also focused on introducing privacy enhancements.

Litecoin was founded by Charlie Lee in 2011 and it has a maximum supply of 84 million. Approximately 69 million are currently in circulation.

Bitcoin Cash is a cryptocurrency that ‘forked’ from Bitcoin in 2017. As its name suggests, Bitcoin Cash aims to be used as a day-to-day payment system, rather than Bitcoin’s dominant narrative as ‘digital gold.’

In technical terms, Bitcoin Cash has larger ‘blocks’ than Bitcoin which allows it to process more transactions. Bitcoin Cash has the same supply schedule as Bitcoin, with a 21 million hard cap.

Bitcoin was a revolution in creating money that no one can manipulate, but what about other financial services like borrowing, lending, and trading? That’s where decentralised finance (or DeFi) comes in.

UniSwap is a decentralised exchange and automated market maker (AMM). If that sounds complicated, it’s simply a place where you can trade one crypto for another, with no central authority like a bank in the middle. Launched in 2018 by Hayden Adams, UniSwap quickly became popular and even overtook Coinbase in terms of volume for a brief period.

In 2020, the UNI token was announced with a free airdrop to everyone who had used the exchange. UNI has a total supply of 1 billion, without about half of that currently in circulation.

ChainLink solves a crucial problem for the crypto world. It helps bring real world information (like price data or even weather forecasts) onto a blockchain. This unlocks all sorts of new use cases because it finally allows crypto projects to access external data.

LINK (the token) is used to pay fees to access this data. There is a total supply of 1 billion LINK, with 460 million currently in circulation.

Compound was one of the first breakthrough DeFi platforms. Founded in 2017, it’s a lending and borrowing service that works without a bank. No more credit checks and lengthy paperwork!

How does it work? In simple terms, you can borrow money from Compound. All you have to do is deposit other cryptocurrencies as collateral. You can also lend crypto to Compound and receive interest (usually much higher than a bank).

The COMP token is used to vote on changes to the protocol. There is a total supply of 10 million tokens, with approximately 6.1 million currently circulating.

Maker is another lending and borrowing platform, similar to Compound. When you borrow money from Maker, you get a stablecoin called Dai, which has its value pegged to the dollar.

Maker was founded in 2015, although the MKR token launched later in 2017. The token allows holders to vote on changes to the platform. MKR’s total supply is just over 1 million, with almost all currently in circulation.

Curve Finance is another decentralised exchange. Similar to UniSwap, it’s a place where you can trade one crypto for another without a central authority. In this case, Curve’s algorithm is optimised for trading stablecoins (coins that are pegged to the price of a dollar like Dai, USDC, and Tether).

The CRV token launched in August 2020 with a total supply of 1.61 billion. About 390 million are currently in circulation.

As you can see, there are lots of DeFi platforms allowing users to borrow, lend, and earn yield. But how do you find the best rates?

Yearn Finance is designed to automate this process. It uses an algorithm to find the best rates and yields across lots of DeFi platforms. Users deposit their funds and YFI automatically allocates them.

The YFI token allows holders to vote on protocol changes. It has a total supply of 36,666, with almost all of it now in circulation.

Kyber Network operates behind the scenes to power lots of other DeFi projects. It provides a giant pool of cryptocurrencies to more than 100 projects. This ‘pool’ of liquidity helps execute trades at a good price.

The KNC token allows holders to vote on protocol changes. The total supply is not known, but approximately 177,736,890 tokens are currently in circulation.

BUX Token is the native cryptocurrency of BUX Crypto. It allows holders to trade with 0% commission on the BUX Crypto platform, as well as unlock various other premium features. It has a total supply of 76.4 million, with a circulating supply of 65 million.

The token XLM is used as a bridge currency and to pay a small fee on every transaction. There is a total supply of 50 billion XLM coins, with about half currently in circulation.

OMG Network is one of many scaling solutions for Ethereum. Although Ethereum is revolutionary, it can be slow and expensive to use when it gets too busy. Projects like OMG Network are designed to scale things up with a faster second layer.

The OMG token is used to pay for fees on the network. There is a maximum supply of 140,245,399 coins, which are all in circulation.

Basic Attention Token (BAT) is a cryptocurrency that aims to change the way we consume advertising online. It is incorporated into the Brave internet browser, which blocks all advertising by default. Users can then ‘opt in’ to see ads that are relevant to them, and get paid in BAT for viewing them. The total supply of BAT is 1.5 billion, all of which are already in circulation.

Would you like to see us add more cryptocurrencies on BUX Zero? Visit the BUX Community and let us know. 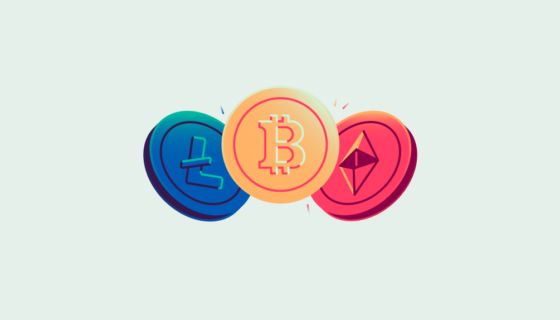 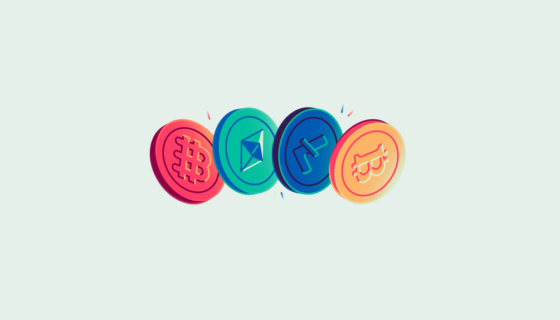