One of the many things that keep traders up all night is inflation (I know, we’re a boring lot).

The word itself is almost enough to send most people to sleep. It also sounds a bit like a disgusting infection (“I’m afraid you’ve got inflation”). But don’t worry, we’re not here to bore you with an economics lecture. We just want to understand why inflation scares the living hell out of investors. In some cases, enough to bring down the whole stock market.

First, let’s get our heads around the process.

In super simple terms, inflation is just prices going up. For example, remember when you could buy a Freddo for 10p? And now it costs, like, a pound. That’s inflation.
And you know how train tickets ALWAYS get more expensive every year? … Inflation. If prices go up by 2%, the inflation rate is said to be 2%.

It’s easy to see why this might p*ss off the average customer. None of us wants to pay more for our Freddos. But why should this scare the stock market? In the end, if prices increase, companies should earn more, right?

Correct. But inflation also causes a whole lot of unpleasant side effects for companies.

The dark side of inflation ?

First of all, inflation doesn’t only affect the products on our shelves; it also impacts the raw materials behind the scenes. So companies might charge higher prices, but they’re spending more too.

The second problem is related to our wages. If wages remain flat, the price increase makes us all poorer. So people buy less stuff. Let’s say you go to the pizzeria every weekend, but inflation kicks in. Your pizza and beer now cost £5 more than it used to. Next Saturday, you might decide to stay inside and have a Pot Noodle instead (don’t make that face, you know you love it).

In short, when inflation rises, people can no longer afford all the things they used to. Company sales tend to decline, and profit falls accordingly.

And those profits are worth even less…

There’s an even bigger reason why inflation terrifies the markets. For an investor, the value of a company is determined by its future profit forecasts. But the higher the inflation, the less stuff the shareholder can buy with his profits. So each share is perceived to be worth less.

If that sounds like gobbledygook, let’s take an example. Let’s say I think Facebook will make a profit of $7 per share next year. If inflation is zero, in a year’s time that $7 will be worth as much as it is now. I will still buy the same amount of pizza with my $7.

Now let’s say there’s an inflation rate of 2%. The price of pizza will go up by 2%, and I won’t be able to buy as much delicious, cheesy, pepperoni goodness with my $7. If inflation rises to 3%, my $7 is worth less still, and so on.

The role of central banks

The increase in prices is also scary for another reason: when inflation exceeds certain levels (generally 2%), to limit it, central banks increase interest rates.

Don’t zone out now because this is super important (and drives the markets into a frenzy).

If inflation reduces the value of money in your pocket, we need something to fight back. Raising interest rates has just that effect. Think of it as a see-saw. If inflation gets too high, interest rates can pull it back down. How?

So, that’s why central banks increase rates to control inflation. Only, this move also has a couple of bad effects on the economy and the markets.

First: when the interest rate rises, your bank increases the rate on your credit card and your mortgage (if you have a variable rate). This means you have less money to spend, and that lonely Pot Noodle on a Saturday night becomes a depressing habit. But don’t worry, when interest rates rise, we’re all broke, so we’re all doing it! Companies, therefore, earn less (apart from the Pot Noodle company) and make even lower profits.

Second: Banks don’t just raise rates to you, they raise them to companies, too. While you might have a mortgage and a few grand on a credit card, some companies are in debt to the tune of millions or billions of pounds. If a company is in debt by £1 billion, and the bank raises the rate by just 0.5%, the company owes an extra £5 million at the end of the year. Result: profits go down, again.

In short, the increase in prices can cause a domino effect that brings entire economies into recession. It doesn’t just affect us mere mortals when we buy pizza and Freddos and train tickets, but it harms the companies listed on the stock exchange and their shareholders, too.

That’s why investors lose sleep over inflation, and maybe you should keep an eye on it as well. 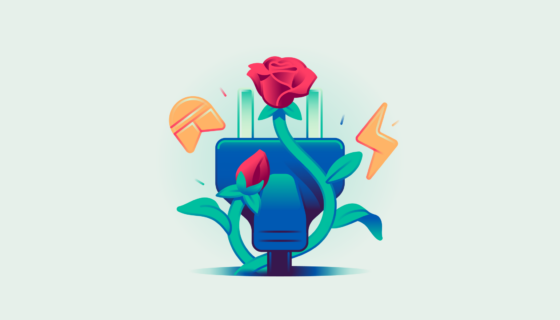